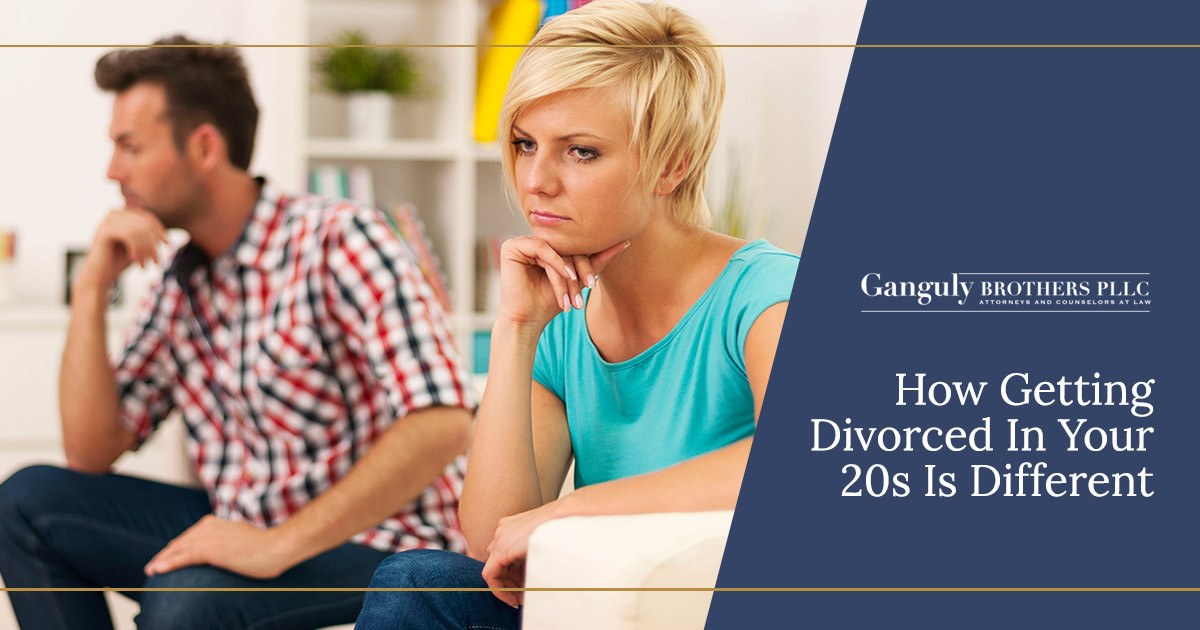 Leave a commentPosted on June 13, 2019October 26, 2021 Author By andrew@sparkfirewebdesign.com

How Getting Divorced In Your 20s Is Different

Divorce strikes every age group, but in recent years, it’s largely been regarded as an option for couples in their 30s, 40s, and beyond. This perception is driven, in part, by the current tendency for people to get married later in life. Still, many young adults continue to get married — and many also divorce before they turn 30.

While divorce holds unique challenges at every age, it can be both wonderfully straightforward and uniquely difficult in young adulthood. Property division concerns may be minimal, but debt and spousal maintenance could be major areas of frustration, as we explain below:

The Increased Role of Debt

While debt can play into divorce at any age, it’s often a greater consideration for twenty-somethings, who may have taken on student loans, credit card debt, or mortgages while married.

Debt, like marital property, is distributed equitably in Rochester. This won’t necessarily work out to a 50/50 split, but rather, be based on principles of fairness.

In New York, spousal maintenance is determined, in part, based on the length of the marriage. With twenty-somethings often divorcing after less than a decade together, the amounts awarded may seem modest.

Earning capacity also plays into maintenance, but younger spouses are more likely to have recently obtained degrees or job training that will help them make a living after divorce.

No matter your age or other factors impacting your divorce, you can count on the team at Ganguly Brothers PLLC for patient, yet proactive support. Contact us today to learn how we can help you with the divorce process.